Antiproton trap is one of the electromagnetic trap like Penning trap which confines charged particles by electro- and magneto-static field.

Superconducting solenoid (NbTi) kept at around 5K by 1W GM-type cryocooler can be energized up to 5T. An ultrahigh vacuum bore installed inside the solenoid was made by 3mm thick stainless steel (SUS316) tube clad by segmented OFHC which directly connected to 1.5W GM-type cryocoolers via OFHC wires, then the bore is kept less than 4K to freeze residual gasses for stable confinement of antiprotons. Radiation shields are also installed to decrease radiation from the RT environment.

This liquid helium free system reduces our burden to maintain the magnet during our beamtime at CERN, like daily liquid helium transfer etc, and achieves stable operation of MUSASHI.

Multiring trap (MRT) comprises several ring electrodes lying perpendicular to the beam and on the axis of the superconducting solenoid at 4K. Some of ring electrodes form a harmonic potential well which can be easily conformed to equilibrium potential of non-neutral plasmas including space charge effect. One couple of electrodes at both side works as capture electrode for injected antiproton beams by applying high voltages (c.a. 13kV). 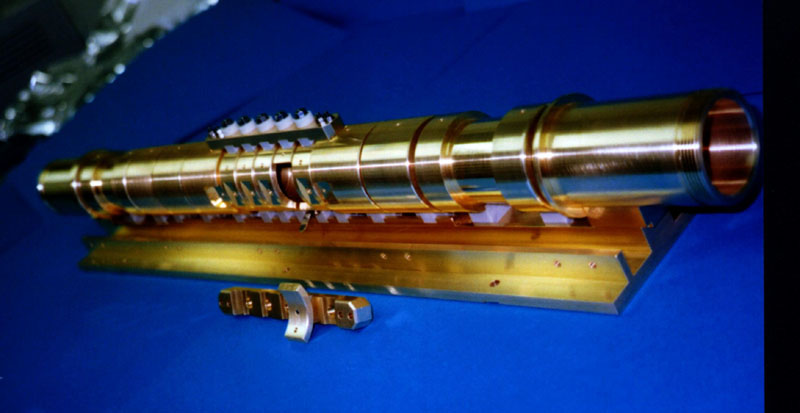