Concept of the CUSP trap†

The CUSP trap consists of the combination of a superconducting anti-Helmholz coil and a stack of ring electrodes. The CUSP trap provides the minimum B field configuration but still maintaining axial symmetry. Due to this symmetry, the CUSP trap realizes stable handlings of both antiprotons and positrons such as trapping, cooling, and mixing.

In the MCEO (Magnet Cusp and Electic Octupole fiels) configuration, magnetic cusp and electric octupole fields are superimposed. Although a neutral plasma confined in the magnetic cusp is hydromagnetically very stable, particles can still escape along the magnetic-field lines. In the case of non-neutral plasma, this leakage can be “plugged” by applying an electric octupole field, as illustrated in the figure. The MCEO therefore possesses advantageous plasma stabilization properties in addition to simply confining the non-neutral particle plasma, and experiments have already shown that it is well able to confine an electron plasma, with confinement time proportional to the square of the magnetic-field strength and a plasma density distribution that is nearly parabolic in the central region. 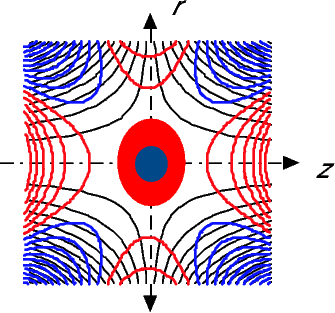 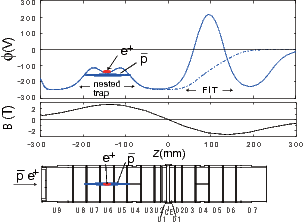 So-called nested well configuration is also adopted as shown in the above figure. The confinement well for positron plasma is nested in the well for antiproton cloud. This configuration has an advantage to make a spin polarized beam, that is, the polarization of 50K antihydrogen beam amounts to about 30% when they are synthesized near the maximum magnetic field region in the cusp magnetic field.

as a polarized antihydrogen beam souce† 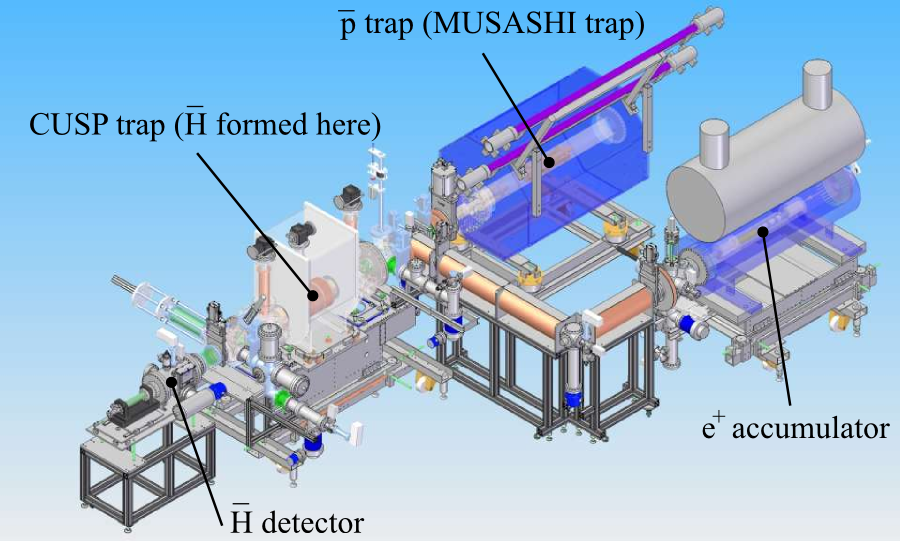